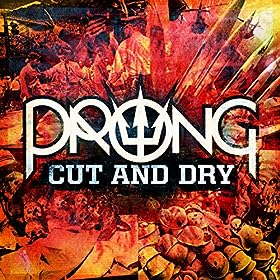 Prong have released this info on their Facebook page:

We are releasing “CUT AND DRY” as a digital single this Friday, January 29th, a week before the album “X – No Absolutes” is released.

Tommy Victor: “I think you’ll find our new single “Cut And Dry” one of the most hard hitting and intense tracks Prong has ever released.

It surely represents the pummeling fashion of our newest full length album “X – No Absolutes” which is released next week, February 5th.

It’s also the first track we’ve ever done that has a dueling solo, where Dane Markanson of Glass Cloud and I trade riffs.

I believe the lyric is timely, in accordance with “No Absolutes”, addressing a climate of total insecurity.

Check out this sharp new PRONG. “Cut And Dry”. It dices and slices!”

I might not be a big guitar solo fan, but I’m looking forward to hearing the guitar duel!

The single is available to pre-order on Amazon, iTunes and the usual digital download places.