Home / Prong / All my stuff 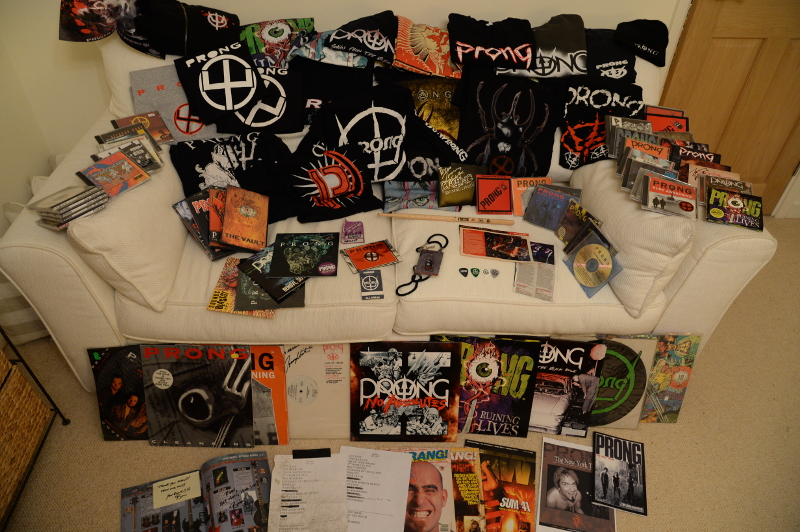 Here’s a photo of all my Prong stuff!

People have been sharing photos of their Prong collection over on Prong’s facebook page, so I thought I’d join in

I think that’s all of it!!  Although, I’m fairly sure I have a baseball cap, maybe from Rude.  And another Beg tour shirt.  But I can’t think where they’d be, so probably not.